THE €20 million flagship EU tidal energy project Enabling Future Arrays in Tidal (EnFAIT) has received approval from the European Commission to proceed to the next stage after a successful first year of design development and operations.

The project, led by Edinburgh-based Nova Innovation in collaboration with eight European partner organisations, aims to prove that the reliability and availability of tidal energy arrays can be significantly increased and that the cost of tidal energy can be reduced by at least 40%. 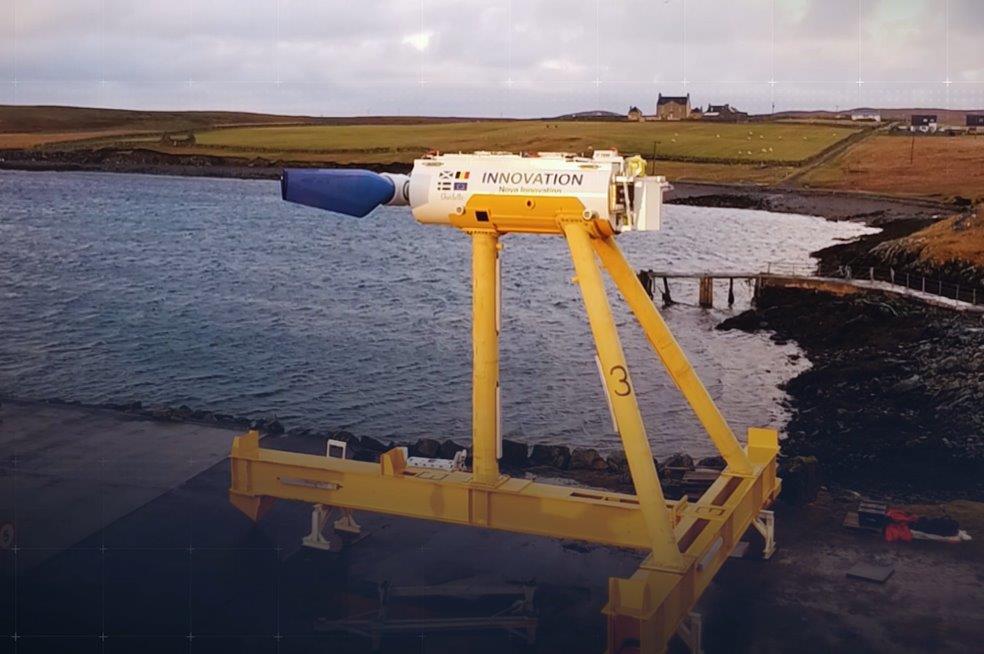 The project builds on Nova’s existing operational tidal power station in Bluemull Sound off the Shetland Islands in Scotland, which was the world’s first grid-connected offshore array of tidal energy turbines.

Key highlights of the project’s first year have included re-instrumenting the existing three turbines to collect improved performance data, extensive tidal resource monitoring activities to build up a detailed understanding of the array site and its characteristics, gaining the necessary site consents and permissions for the planned expansion of the array to six turbines, and developing and verifying detailed designs for the new turbines and their subsea connections.

The European Commission’s approval for the project to progress on to its next stages follows a ‘go/no go’ gateway review by three independent technical experts, to confirm that the project has progressed as planned and put in place the key ingredients for success.

“This decision from the EU is a huge vote of confidence, not just in the EnFAIT project, but in the future of the European tidal energy industry."

“Working with our partners, we’ve made significant progress in Year 1 in putting in place the project’s operational and technical foundations, and we are extremely excited to be moving into the next stages, in which we’ll focus on scaling up and optimising the array configuration."

“I’d like to thank our consortium partners and the European Commission for their continued support for this truly ground-breaking project that represents a major step change in the development of the European tidal energy sector.”

Over the next four years, the EnFAIT project will extend the Bluemull Sound array to six turbines and demonstrate that high array reliability and availability can be achieved using best practice maintenance regimes. The layout of the turbines will be adjusted to enable array interactions and optimisation to be studied for the very first time at an operational tidal energy site.

Keywords for: EU flagship tidal energy project gets green light for next stage of delivery