The project, located in the Petit Passage at the gateway of the Bay of Fundy, will use Nova’s proven technology to produce clean, predictable tidal energy. Up to 15 turbines will operate on the seabed, harnessing one of the planet’s most powerful tides. 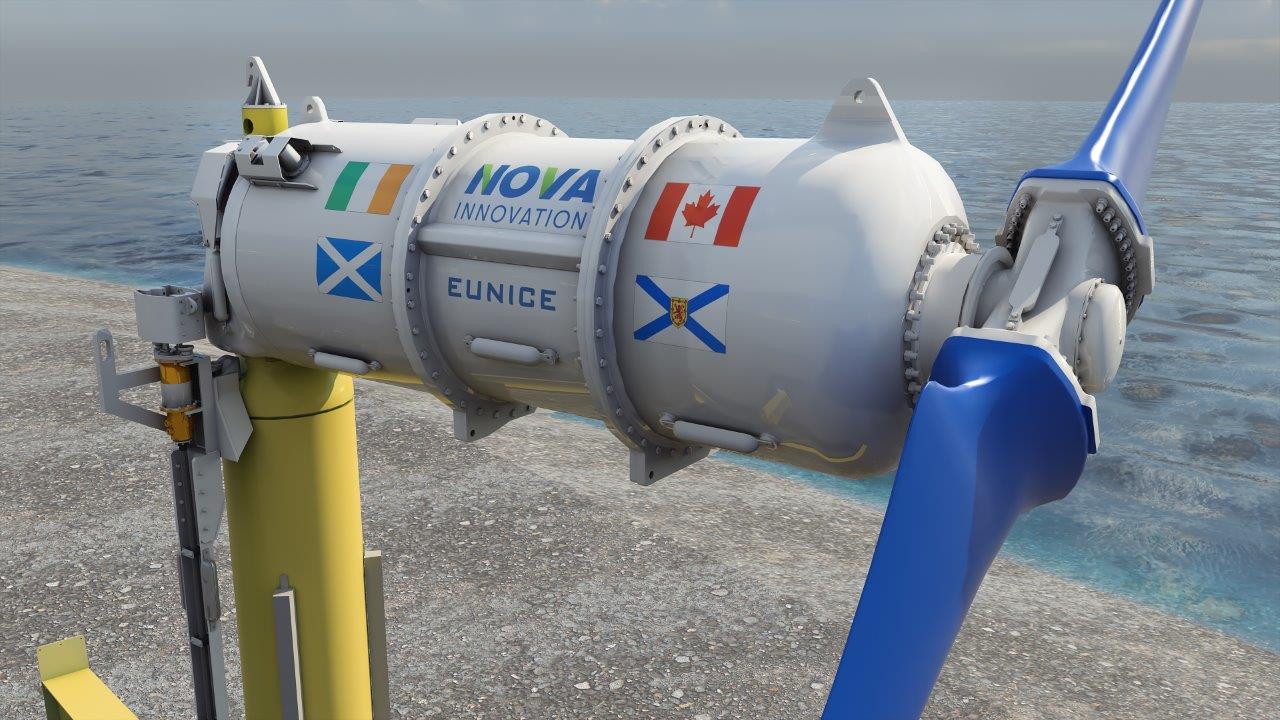 Nova believes the smaller profile of its M100 D turbines, at 100 kW, will enable them to withstand the Fundy tide and operate without endangering marine life. The company has successfully operated three of the turbines in the Shetland Islands without incident since 2016.

Nova Innovation secured the funding from Natural Resources Canada’s (NRCan) Energy Innovation Program, which provides support to projects reducing emissions through the research and development of clean energy technologies, with the aim of meeting 2050 clean growth targets.  Phase 1 of the project will validate the deployment, commissioning, and operation of the first five turbines.

The Hon. Bernadette Jordan, Canada’s Minister of Fisheries, Oceans and the Canadian Coast Guard, made the announcement on behalf of NRCan at an event on the shores of the Bay of Fundy.

“With the longest coastline in the world, Canada should be a global leader in tidal energy. This renewable energy source has the potential to substantially grow our blue economy in the long term, but we need to invest now.

"There are brilliant teams across this country who are working toward this vision, and our government wants to be a partner in their efforts. So today, we’re proud to invest in four innovative projects that share a single goal: to build a thriving tidal power industry across Canada.”

“Canada’s investment reflects the growing confidence worldwide in our technology and our ability to operate it in extremely challenging environments. It will be a huge step forward for tidal energy in Nova Scotia and Canada. Support from NRCan gives it added momentum in a time when the world is working to recover from the economic effects of the Covid-19 pandemic.

More water flows in and out of the bay every day than all the world’s freshwater rivers combined, making it the planet’s largest tidal resource.

In December 2019, Nova Innovation was awarded a provincial permit to install the 15 turbines together with a commitment for Nova Scotia Power to purchase the electricity throughout the life of the project.

The array will be deployed in a phased approach, with the first turbine scheduled to go live in 2021 after receiving its permit from the Department of Fisheries, Oceans and the Canadian Coast Guard.