The new turbine, which eliminates the need for a gear box, reduces the cost of tidal energy by 30 percent and is set to revolutionise the tidal industry. 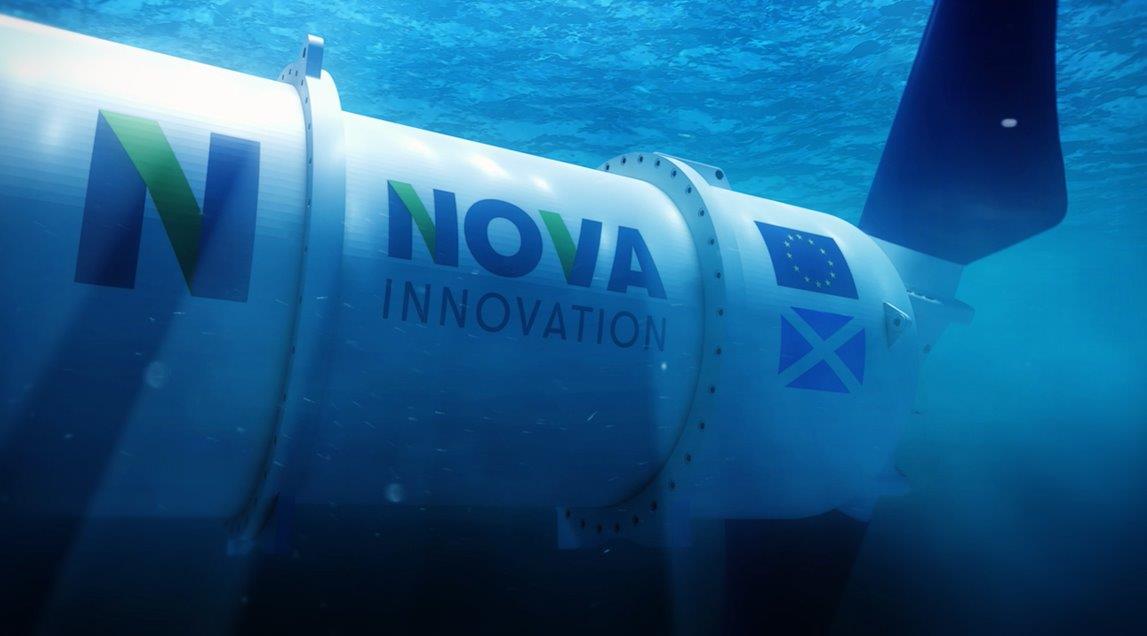 In 2016, Nova Innovation secured €2.25m of funding from the European Commission’s SME Instrument to develop the Direct Drive Tidal Turbine, known as D2T2. Roll forward three years and the turbine is manufactured, commercially ready, and about to be deployed at Nova’s tidal array in Shetland.

Additionally, a deal to export 15 of the new direct drive turbines to Canada in Nova’s first international project has been secured – powering Europe’s Green Deal and global ambitions.

“We are very happy to see the excellent progress the tidal energy industry has made in recent years, with projects such as Nova Innovation’s D2T2 have helped with this by significantly reducing costs associated with the industry. These advances are helping to ensure tidal energy is on track to achieve the targets within the EU SET-Plan, helping the EU combat climate change and move towards being carbon neutral. A concrete contribution to the Green Deal goals.”

The new turbine learned from Nova’s existing turbines, that have been successfully operating in Shetland for the last four years, vastly increasing efficiency and driving down cost. Taking lessons from the wind industry, this was achieved by removing the need for a gearbox, significantly improving the performance and efficiency of the device. Fewer moving parts in the turbine increase its reliability and extend the period between service intervals from one year to more than two years.

Once the design was finalised, Nova built the new 100kW turbine at their manufacturing facility in Edinburgh. The device underwent extensive testing, initially onshore at the OREC national test centre in Blyth. This provided valuable validation about the lifetime performance of the turbine, helping to de-risk operations before going to sea.

The turbine was then tested in the ocean, demonstrating the real-world performance of the turbine against specification, proving its bankability. Again, the D2T2 turbine performance was independently verified by third party industry experts.

“We are delighted that our new turbine is now successfully complete and ready to be deployed in commercial projects around the world. The EIC’s programme has turbo-charged the commercialisation of Nova, helping to drive Europe’s Green Deal and the blue economy. The ingenuity and clever simplicity of our product has helped drive down costs, making tidal energy increasingly bankable.”

The success of the project has resulted in D2T2 reaching the final of the EU’s Sustainable Energy Week (EUSEW) Awards for contributing to Europe’s clean energy future. Cast your vote for the D2T2 project to win the EUSEW Citizens’ Award here

This D2T2 project received funding from the European Union’s Horizon 2020 research and innovation programme under Grant Agreement No 734032.