NOVA Innovation is celebrating its 10th birthday with the successful expansion of the world’s first tidal array.

The company confirms a step-change cost reduction in tidal energy as their new turbine begins powering homes in Scotland’s most northerly isles. 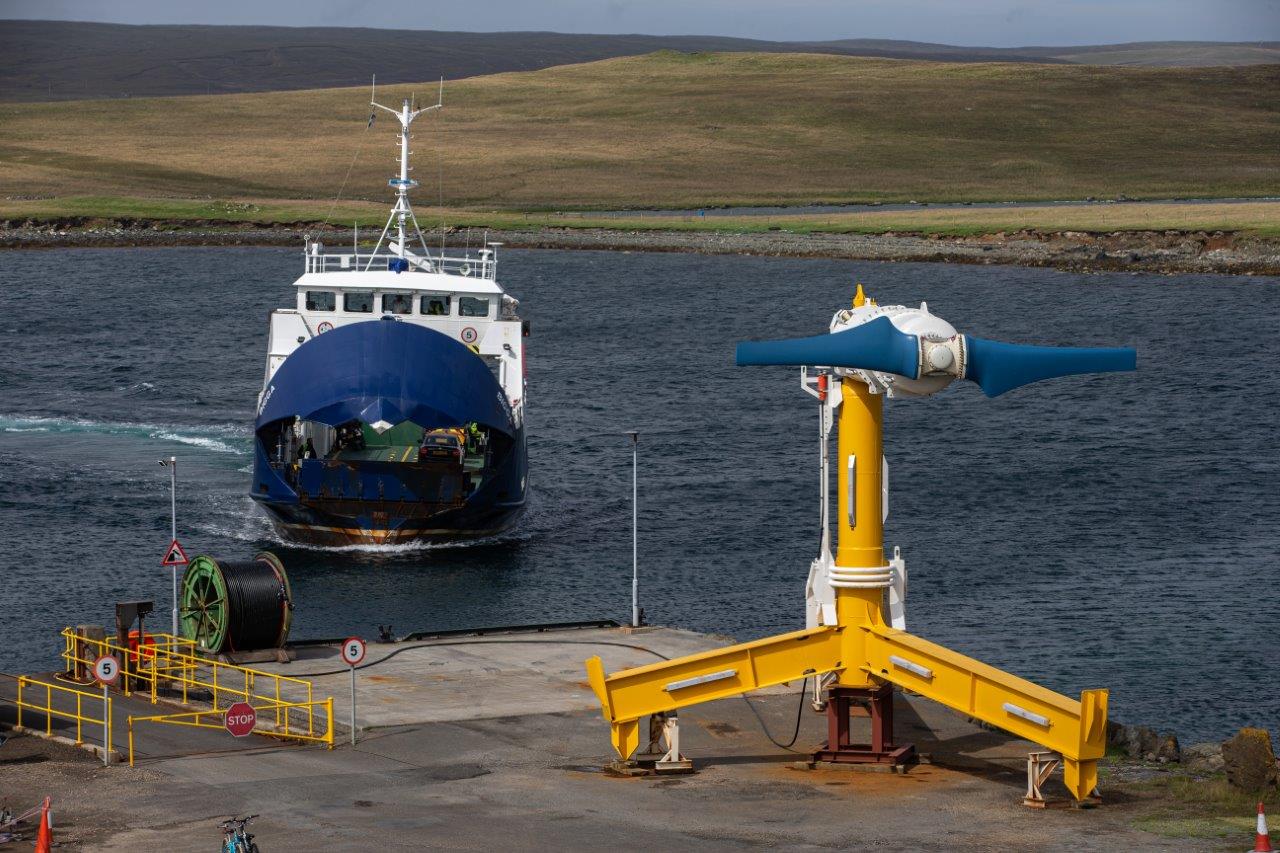 The company behind the world’s first tidal array in Shetland, Nova Innovation, has confirmed that it has successfully installed its commercial direct-drive tidal turbine “Eunice”. The new turbine is already powering homes across Shetland.

Nova has announced that the next generation of direct-drive turbine slashes the cost of tidal energy by a third – making tidal energy cost competitive with fossil fuels. Eunice is the first of three turbines set to double the size of the Shetland Tidal Array as part of the EnFAIT project, making tidal energy a commercial reality.

The EnFAIT project, now in its third year, has been driving the commercialisation of the tidal energy sector by improving reliability, reducing costs, and boosting the sector’s ‘bankability’. The pan-European consortium involved in the project has been instrumental in driving down costs.

Nova and its partners had something extra to celebrate after the latest installation, coinciding with Nova’s 10th anniversary since it started trading in 2010.

Nova was founded in humble beginnings – two men in a shed with global ambition and a great idea. Fast forward a decade and Team Nova is thriving – a clear global leader with a full order book expanding into new international markets.

"We set up Nova Innovation in 2010 to capture clean energy from the tides to help combat climate change. Ten years later, we’ve achieved what many thought impossible. We are generating electricity from the immense power of our seas. Our proven technology is displacing fossil fuels and changing the way we power our lives."

When asked what the next decade holds for Nova, Mr Forrest added:

“We are very excited about the future. The global potential for this untapped, abundant and valuable source of renewable energy is enormous. We are driving down costs and branching into new markets to make tidal energy mainstream. By 2030, tidal energy will be cheaper than nuclear power and fossil fuels, providing cleaner and sustainable energy for coastal communities around the world.”

Nova’s tidal array in Shetland is part of EnFAIT (Enabling Future Arrays in Tidal) – a flagship project funded by the European Union’s Horizon 2020 Research and Innovation Programme. The first half of the 5-year project has been focused on learning from the three existing turbines in the Shetland Tidal Array and proving the reliability of the technology. The next stage of the project is focused on installing the direct drive turbines to demonstrate the rapidly falling cost of tidal energy.

“By the project’s finish in 2022, Nova Innovation and its partners will have demonstrated a clear cost reduction pathway for tidal energy. The project will deliver a bank of evidence for its environmental and socio-economic benefits. We should be able to apply these learnings and technologies to settings across the world – putting tidal power firmly at the forefront of our energy transition.”